These days Kokoeshi doll is designed super modern and cute! 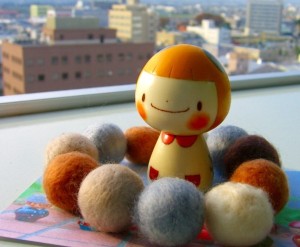 However, I would like to introduce traditional style one with history. 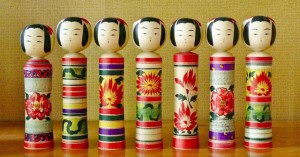 In the times of the Emperor Shotoku(718～770) ,
wood special container was made for four kinds of Sutra Dharani.

The total number of container was 1 million.
This work is said to be the oldest Kokeshi doll which a woodworker made.

After that, son of Emperor Seiwa (844～897) instructed a turning technology to woodworker in Ogura village in Aichi-Gun.

Therefore,  woodworkers, who had achived a technique,
moved to Kanto and Tohoku in the east or Kyushu and Shikoku in the west. 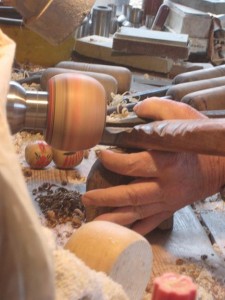 They moved and formed the village of the wood worker to the hot-spring resort of each place.

While woodworkers made a tray or a wooden bowl,
they made the bare wood toys such as kokeshi doll for the girl or a spinning top for a boy.
It was changed from the toy of the child to a folkcraft afterwards. 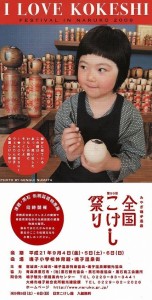