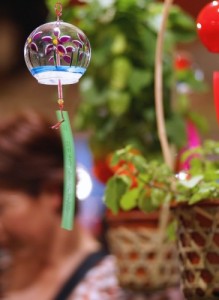 Wind chime (huurin) is a small bell hung under the eaves of the house in summer in Japan.
The system is that a sound sounds by wind.

It isn’t clear when people started hanging the wind chime to the eaves and enjoying a sound. 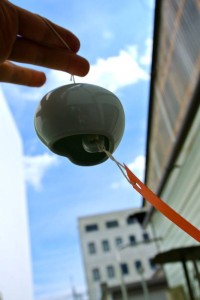 The bronze bell-shaped vessel decorated  the eaves of every direction of the temple
for a protection from harm late in the Heian era.

“The bell” is used for various ceremonies in the Shinto shrine Buddhist temples even now.

The use as the old “wind chime” seemed to be connected with a summer climate of Japan.
In Japan by the climate of high temperature and humidity,
various bacteria were easy to multiply, and a disease was easy to spread.
Thus, it seemed to be used as the tool of the talisman against evil and an appliance for forgetting heat.

When it was the Edo era, a glass wind chime called “Vidro” came to be made.
It was called “Edo wind chime” and was popular. 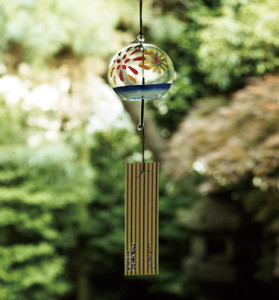 When it was the Taisho era, wind chime “Nambu huurin, southern part wind chimes”
of the southern ironware of the special product of Iwate prefecture in Tohoku were popular. 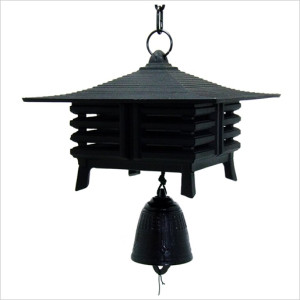 The wind chime became established as the decoration which enjoyed a sound in this way in modern times. 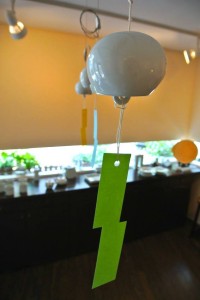