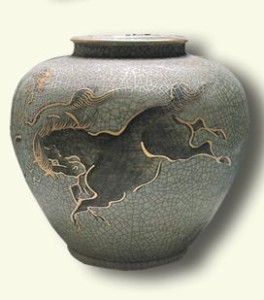 The Ohbori Soma ware is a  traditional craft in Namie city in Fukushima.
It had been inherited  for 300 years. 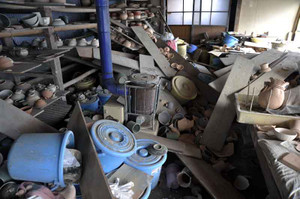 However, around 20 studios were driven out of business by earthquake disaster.

The “Piece by Piece” is a restoration project. The craftsmen of  the Ohbori Soma ware and Takeshi Matsunaga, who is a Matsunaga kiln’s fourth generation, started the project from strong thought. 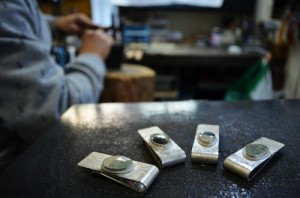 The product uses broken piece of Ohbori Soma ware, which is damaged by earthquake disaster, and they revive the crafts.

Even the thing which has been broken lets a soul in it revive as other products newly.

Meanwhile, the rebuilding the work place in another area is advanced now.
But the were was possible to make by using the glaze from “the Toyama stone”, which was only able to collect in the area, the product is done by putting this glaze on the clay. 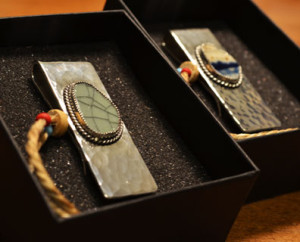 The name of  the “Piece by Piece” has meaning of  “little by little”, too.
Paying money to craftsmen from the sale of the products will help them.
The project wishes their life little by little better steady for craftsmen,
their family and local people.

The Piece by Piece Project by
http://soma.thebase.in

4 Responses to "The Soul in It Revives As Other Products"