The Okinawa music is a generic name of the music, which is born, grew up and established their unique culture in Ryukyu kingdom, Okinawa prefecture.

Most popular music festival is a Eisa. Also Okinawa’s lullaby and  a Kachāshī are famous. 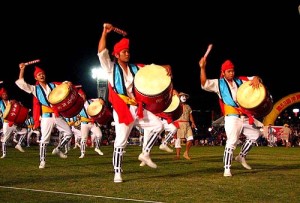 A category of the music is unclear between the folk music and popular song.

So, excluding classic one, the music is often categorised as genre of the pop music
in Japan recently.

It has the funny feature that the new song, which names as the traditional folk song even new one, is being made newly everyday. 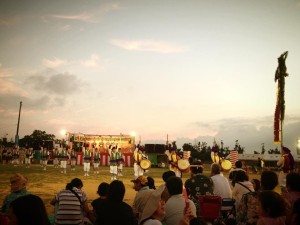 Okinawa had been a independent kingdom until 19th century and even after the World War Two, the place had been isolated from the main island. The music in Okinawa has been established as their own style. The new popular music are a base from the folk music.

Also, American rock music influenced the music a lot. In the result, those show a lot of different music from main island’s . 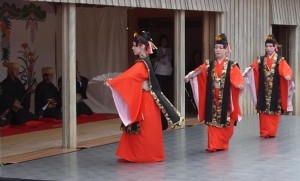 It keeps continuing unique strong style and been expanding widely.