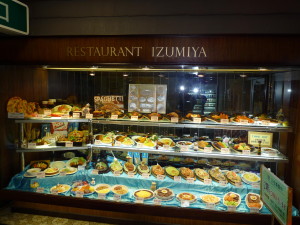 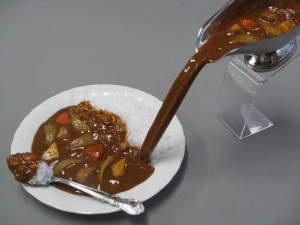 The first time, it was to smoothen the movement of the customers.  At the entrance, customers choose the menu, plastic food samples. Then, they buy a tickets of food. This system introduction was becoming popular in Japan. Thus, using the plastic food samples is more reasonable and hygienic than displaying real food. 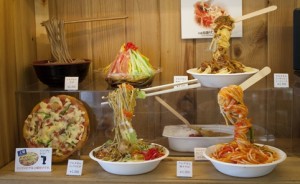 At that time, the sample is made by poured moulage wax with agar. Recently, taking a model by pouring vinyl chloride resin, and making it with silicon is a general way. 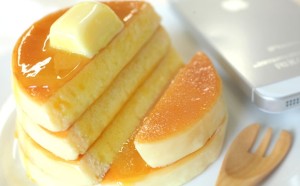 The representative thing is that explaining ingredients of the inside of the food at the shop. So it shows the cutting part clearly as the model. Also, pulling up noodles with fork or chopsticks are popular expression.

Today, the food sample is not only tool of the marketing at the restaurant or food shop, but also it becomes a work of art, toy and the souvenirs to Japanese and foreigners. 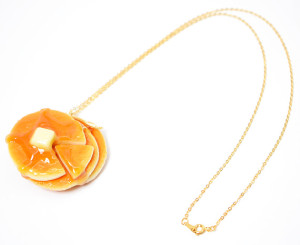