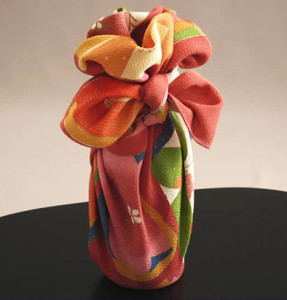 A Furoshiki is a tool for wrapping, which has been handed down for a long time in Japan.
It wraps gifts by the cloth, which is using ways of tying, folding and twisting. 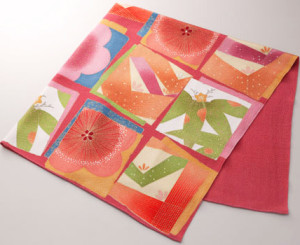 The Furoshiki, cloth of a simple square, has various useful method, it’s a Japanese wisdom and device.

Its origin as a piece of cloth to wrap up things is traced back as far as the Nara period (from AD 710 to 794.) and there remains one which was used to wrap up the costume. It is confirmed that the Japanese wrapped an things in cloth since Nara Period. 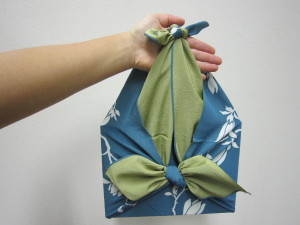 Long time ago, Furoshiki was made as the tool of wrapping and carrying things.
However, The Furoshiki’s value is reappraised in the modern society, and the popularity increases very much.

The purpose of using is not only for wrapping , but also innovated new various ways of use.
Instead of using plastic bag or paper bag , The Furoshiki has been used in Japan since old time. 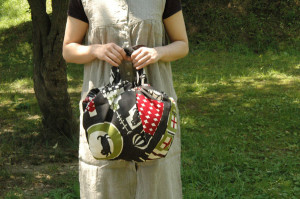 Recently, it’s familiar as a eco bag , so it has became as a ecology product.

New usage method of Furoshiki is increasing , for example, as a interior decoration, table cover or tapestry. 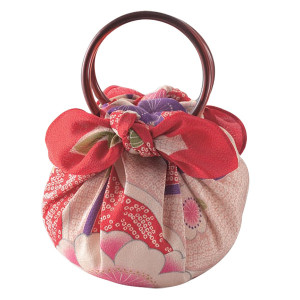 From now on, we wish that the Furoshiki keep continuing to be used as an indispensable Japanese tool.

2 Responses to "The Furoshiki’s Value is Reappraised"