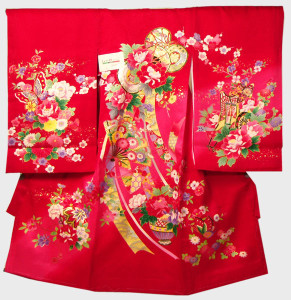 Yuzen is a technique to dye cloth with patterns on it. Yuzen was started at Chion-in temple in Kyoto by Yuzensai Miyazaki, a painter of folding fans, at Edo period.

Yuzensai was so popular as he drew the fashionable picture with the witty sense.
The pattern was called the Yuzensai pattern. He made deal with not only the folding fans, but also started to make the patterns of short sleeve garments. 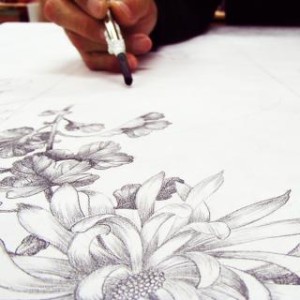 He innovated new style , which focus on familiar motif,  flower or plants. Dyed goods of this Yuzensai pattern came to be called a Yuzen(dyeing technique) before long. The characteristic of the Yuzen (dyeing technique) is founded by Yuzensai  is that by mixing paste with dye, preventing it from a color blurring  and mixing on cloth.

When it was the Meiji era, chemical dye with much number of the colors was used. And “Utsushi, the printing ,Yuzen” which dyeing with a paper pattern in large quantities was developed from previous “Tegaki, freehand
drawing, Yuzen”. This is called a current “Kata Yuzen, shaped Yuzen”. 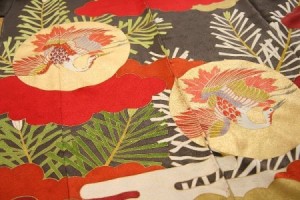 Much numerical production was enabled and in this way, spread to many people. 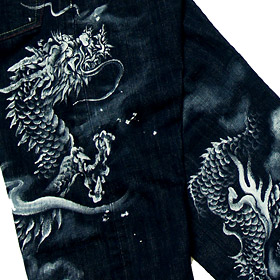 More Japanese traditional works
Legend of the Aka Beko, Red Cow
History of Kokeshi Doll
Japanese Traditional Dyeing Technique “Shirushi Zome”
Yukata is the most casual Kimono
Warmly Designed Pottery, Mashiko Ware
Wind Chime is a Taste of Summer in Japan
The Daruma is a Japanese Lucky Mascot
The Beautiful and Strong Craft, Akita Cedar Pail & Barrel
The Chindonya is a Traditional Local Advertisement
The Furoshiki’s Value is Reappraised