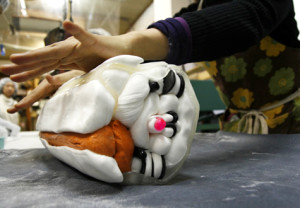 Amezaiku, Sugar sculpture, is a kind of traditional performing arts in Japan today.

The candy men blew and cut candy in front of audience. they do beautiful performance .  Some of department stores, events or wedding ceremonies invite them to impress people.

Early of Edo period , there are variety type of candy craftsmen, for example some of them are making Chitose candy (A stick candy symbolizing good luck called Chitose candy).

It is thought that the Amezaiku, Sugar sculpture, was completed in the days of a peaceful living of Edo period, when is Bunsei culture time. The name of the style was changing according to the time or regions eventually. 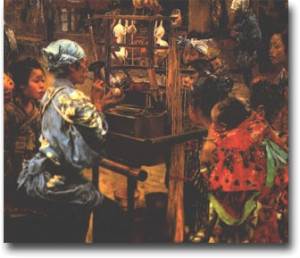 People called it  “the bird of the candy” at the first time.

After that, Probably people called it “the blew candy” . 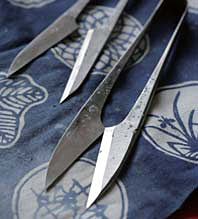 It is thought that the history of the Amezaiku, Sugar sculpture is for 300 years since achievement of recent style. 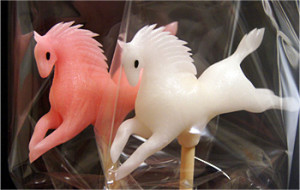