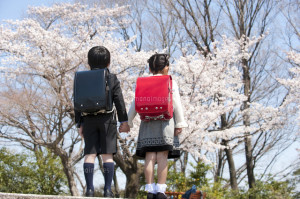 In Japan, when children enter primary school, parents give them own “Gakusyu Tukue, study desk.” It’s really functional so pen sharpener, power point and light are set up the desk. Some people call it “system desk”.  It was a kind of a symbol that start studying. When I got this from my parents, I was so excited and touching it and cleaning up it everyday. In Australia, it seems not so much popular about study desk for children as same as Japan. 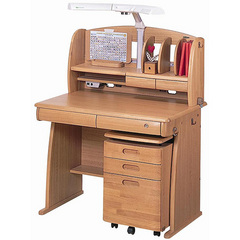 People said that ” Kurogane desk” is the first product as the study desk in Japan. It appeared  in the days of the rapidly economy growth period. The material was a steel and target user were teenager.

10 years after, the material was changed from steel to wood.
In 1980, “KIKI RARA Desk” was released and became so popular according to showing TV commercial. The demanding of the study desk was shooting up at the time. Many maker started making study desk same time.

In 1990th, the desk maker had strong intention to use popular characters. The study desk of  “Super Mario Brothers” became popular for boys. Also, at the time, the Japanese soccer league was starting. So, many soccer team design’s desks were sold 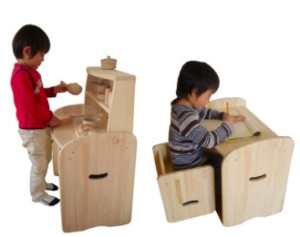 In 2000, The Japanese economy was in the situation of the bubble burst and the combating deflation. The study desk makers changed policy. It changed from using popular character and high quality wood material to economical concept.

Recently, people believe that parents demand high quality desk for child as the situation of proceeding of the declining birthrates.