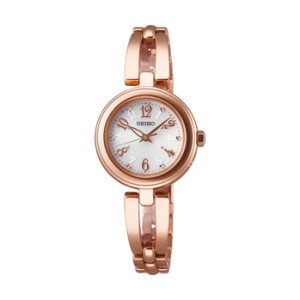 The Quartz clocks is completely popular today. It is natural that if it is a purpose to know the correct time. In fact, it was main pursuit of the precision how to mark the passage of time exactly. If you spent 2000 or 3000yen (around 20 to 30 dollar ), you can buy a clock, that can mark the passage of time now. It is much keep correct time than an expensive mechanical watch.

SEIKO manufactured the quartz-type clock as a watch as the first time in the world and released it. It’s a only around 30 years ago, in 1969. When it was appeared, the person who could buy it with a high price was limited. However, the price reduction advanced in several years and it completely took off a mechanical clock and have been replaced to quartz-type clock. It was a kind of the clock revolution. 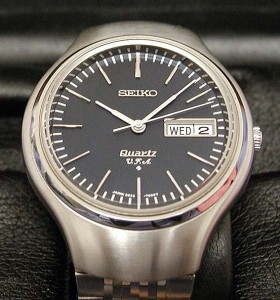 The 1950s and the 60s are the times when Japan laid emphasis on manufacturing industry desperately to catch up with a world level. The camera, the motorcycle and the watch had been already precision instrument products for first-class general consumers in the world. The clock of the highest quality of the chronometer was made in Switzerland in those days.

The mechanical watch which Seiko completed in order to achieve same level of the Swiss clock is GS. A clock face has the letter of the chronometer. Moreover, Seiko developed a quartz watch that is the clock of the quartz at the same time. 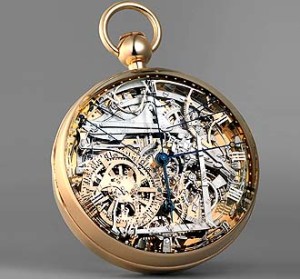 It was thought that all clocks must be quartz at that time. However, Even if quartz was so popular, Swiss clock craftsman did not stop the tradition of the mechanical watch and pursuit of the precision. And now, the circumstances of the clock market, which Japan won world market once, is changing.

The amount of production of the Japanese clock levelled off in these past ten years. And the amount of shipment continued dropping from the peak of the 80s and has fallen in a one-third in 2000. On the other hand, the import clock increases sale mainly on a big high-quality watch of the unit price. In 2001, as for the sales, the import clock sale made 1.4 times higher than the sale of the domestic clock. The representative of the high-quality watch is a Swiss watch.