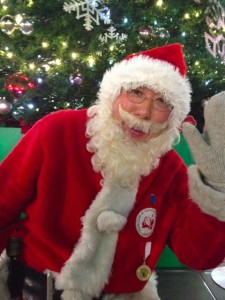 Seriously, wondering what is this exam? and how he can be a Santa Claus. So researching a information of this exam!!

How becoming a real Santa, authorized by the Greenland international Santa Claus association
Here is basic requires.
①Be married
②Having a child
③having a experience to do activity as a Santa Claus.
④having a proper body shape as a Santa Claus. (more than 120 kg, include wearing clothes and items)
After passing documents examination, getting back documents about next exam by the association. 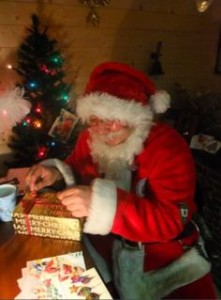 The exam is already starting when candidates  is leaving home. the location of second exam is at an amusement park of Denmark Copenhagen.

All candidates must wear Santa Clause costume from their home to the place. So inside of  any of transportation, bus, airplane, train or taxi, they should keep were the costume. After arriving Copenhagen airport, they should adjust clothes and wave their nation flag with smiling face. 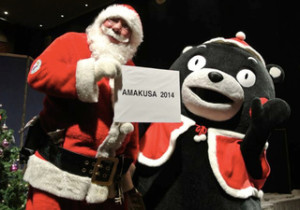 50m race to going to house. climbing up a 2.8m radder to the house roof, going into the chimney and get out chimney from fire place. putting present under the Christmas tree. Eating and drinking all  6 piece of cookies and 568ml milk on the next to fireplace.  Going back into a fireplace and going up to chimney again. They should wave their nation flag and running back 50m to the goal as soon as possible. 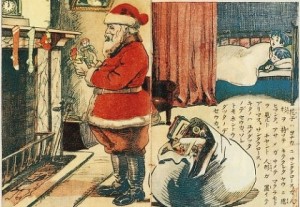 It must be completed in two minutes. Thinking a bout this point, their weight are around 120kg so it should be so hard for them.

Only two of fastest candidates can go to next stage. The last exam is a interview with head Santa Claus. Introducing  themselves to interviewer,  head Santa Claus, in English or Denmark language.

It’s really unique exam and seems so hard to become a Santa!