As Japan has origami and Japanese paper, we are able to predict that Japan had packaging practices early on.

However, there ability to develop the craft so far is worth admiration. There are packages for paper bills, for coins and, for flowering pants, so we know that people used them in everyday life. 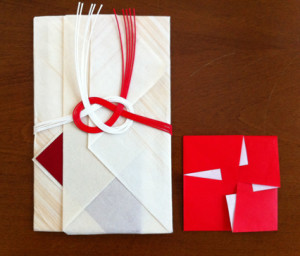 It seems that the oldest book published about the manners of packaging was “the packaging chronicle” (Ise Sadatake 1717 – 1784). However it is likely that far before then, in the Heian period, certain types of packaging originated organically. At the very least, it is said that “packaging” was, by the early Showa Period, used in various way in ordinary houses and in everyday life. 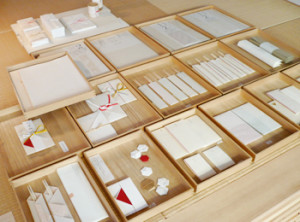 Upon investigation, The “Origata” comes from an ancient warrior tradition of using Japanese paper to wrap money and goods to be gifted.

At its foundation is a respect for another and a willingness to lower one’s level — in other words it spawns from a heartfelt desire to harmoniously maintain human relations. 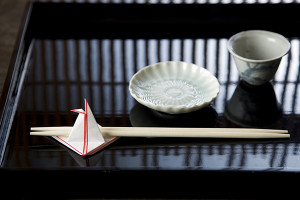 Delight together and mourn together. Those goal is to take thoughts and wishes and entrust them with goods or money that, when beautifully wrapped in the pure Japanese paper, then overcome physical form, resonating with purity in the heart of the recipient.

Origata reflects the soul of harmony that was preciously raised by the people of ancient times.

more about life style in Japan
Wallet Is a Lucky Charm of Money in Japan
Support of Tohoku Earthquake Victims
Traditional Usage of Uchiwa, Japanese Fan
How to Learn Japanese Language Easily
Reviewing The Past Japanese Eating Habit