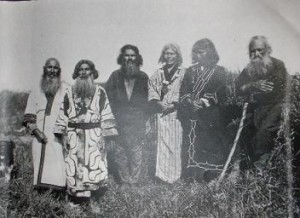 Recently Hokkaido traditional crafts have finally been recognised by the government.

Nibutani Ita – the flat, shallow wooden bowls traditionally from the Saru River basin. The special method of engraving is the distinctive fish scale carving, in the form of a fish scale pattern or the Ainu whirlpool pattern.

Nibutani Attushi – cloth made by weaving thread made from the inner part of the bark of trees like the Saru river basin elm. It breathes, is resistant to water, and has a distinctive tough feel.

Both of these are handicrafts of the Ainu, the indigenous people of Hokkaido.

The culture of the Ainu, the indigenous people of Hokkaido, is still found all over Hokkaido, and most of the place names come from Ainu words.

For a long time, Japanese law stated that, “In Hokkaido (the Ainu) there are no handicrafts that have been made for a hundred years or more.”

Their culture is respectful. Wishing we will keep and treat the culture as same as other traditional craft in Japan. 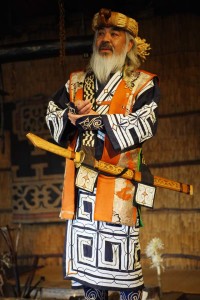 Japan Has Own Unique Tobacco Culture
The Japanese Sword is “The Most Beautiful Weapon”
The Irori Was The Place Where God Was Worshiped
The Origin of Aloha Shirts Was From Kimono
The Raccoon Dog Ornament is a Lucky Charm
Kamon, Japan’s Family Crests