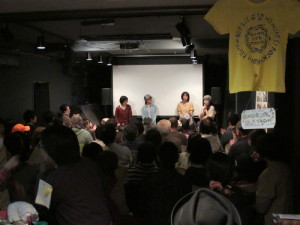 People gather in a small theatre called “Raft” in Tokyo and hold an event for a movie,
drama, a dance, music and children.

In the big city, Tokyo, people tend to have shallow relationship , so sort of a little theatre
encourages to make strong community.

The event that I am interested about in particular is a documentary film & talk show,
” Remember 3.11～Things what we can do from Tokyo～” in 11th March. 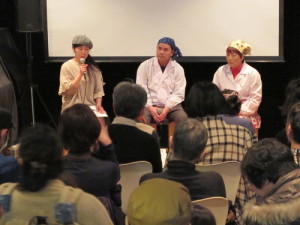 “The documentary film shows the present conditions from interview with various people,
who evacuated due to a nuclear plant accident to Kazo-shi Saitama from Futaba-machi .

There are still many unsolved problem at both earthquake disaster and a nuclear plant accident area .

By hearing voice from people, who have still been forced to difficulty at damaged area,
we start thinking and sharing thought that what we can do from Tokyo, this area has not been heavy damaged.

It is a very difficult problem, but we can support it by being able to do it personally each.
And don’t  forget such a thing having happened and to yet solve nothing.
It is important that people continue having admiration.” 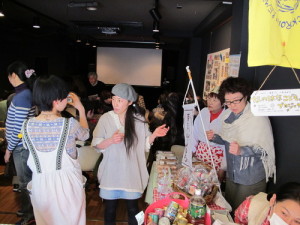 Though it is a small theatre, I admire that they have ethic at such an event .

I also keep thinking what I can do for it.
“The Time of Two Years Passed from an Earthquake Disaster” 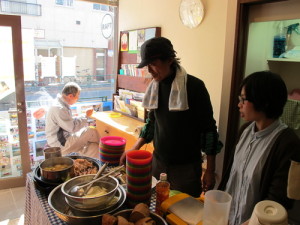 The design studio contributes for community