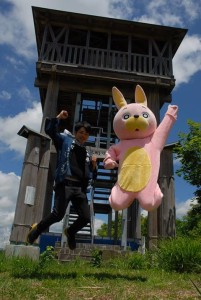 The project’s concept is that “let’s produce Usahi with local people, because the character is still lack of individuality character.”
It is an experiment project for local information transmission.

A person, inside of Usahi (that time, he was graduate student) , who is a researcher of the local promotion brought this project idea aimlessly. 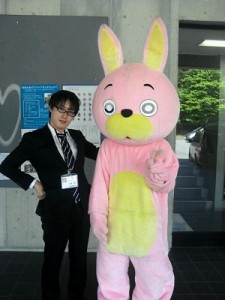 “I work it so that  “Yuru chara” reports on the area.
The contents of reports are made by me and interviewee, who is local people. So while reporting, we are talking, how the information is transmitted through Usahi well.

I make a local people a director-like role and do constitution and direction.
Thereby , I am able to listen to local people’s opinion and demand  positively.

The local promotion of the conventional consultant type is the role allotment of
totally reverse idea.” 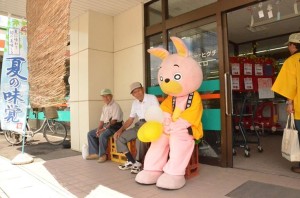 Local people show their idea or request and Usahi carries it out.
It is the style of an unprecedented local character. 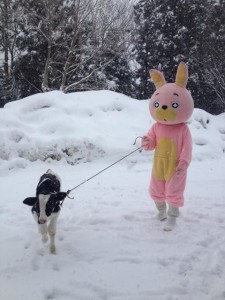 From now on, looking forward to what kind of possibility is born from Usahi and local people.