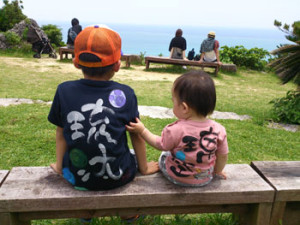 Mr. Hosono is a Haiga, haiku picture , craftsman, making freehand drawing clothes for children.
It is a so heart-warming drawing.
He talks about the reason why he is starting this product as below.

” I was the world No.1 boy, who was loving grandmother. The grandmother was doing “Haiga, haiku picture”. So since I was a small child, I had many opportunity to see the tool of a picture and the pigment. The result, when I think back at that time, I loved drawing pictures unconsciously. 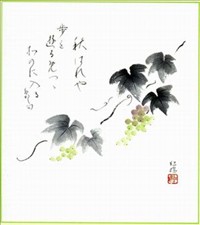 It is the expression of the Japanese sense of beauty and is the unique art, which does not have the similar instance in the foreign country. 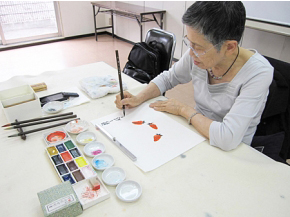 The characteristic of the haiku picture is made by the instant stroke by black ink of the sumi on the white paper.

The haiku picture cannot do “a deception”, because it should draw impromptu.
Japanese people believe that drawing stroke of black ink reflects people’s thought. 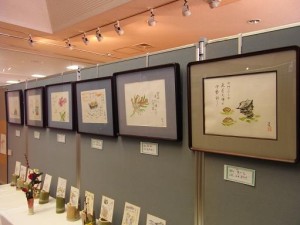 When it’s drawing, having a good heart is the most important thing.