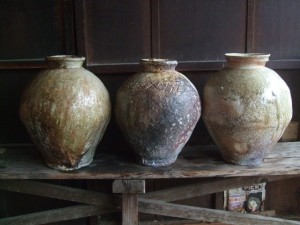 The Shigaraki ware is a traditional ceramics also a stone ware mainly from Kouga city in Shiga prefecture. There is the nature of the locality that high quality potter’s clay appears at the nearby hill. It’s supported by the long history and culture. It’s taken over until today by a traditional technique. It is counted in one of  “Six Old Kilns of Japan,”.
Generally, The ornament of raccoon dog  is a famous symbol of the were. 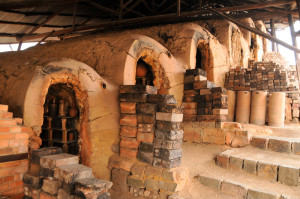 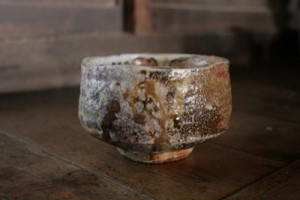 The history started around 750 years ago, middle of Kamakura era. In that time, the ware was mainly for producing the daily use necessities such as a pot or the bowl. At the early time of the Shigaraki ware was simple method, that baked it by the brief kiln which dug the hole in the ground. 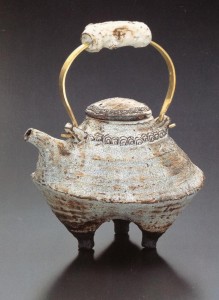 When tea ceremony was started in Muromachi and Momoyama era, around 550 years ago, tea masters loved to use the ware. So the ware came to be used for a tea service set.

The soil of Shigaraki has characteristics, which is fireproof and flexible and hard to break with plasticity. Therefore, it’s suitable material to make both big size and small size. Many variety of Shigaraki ware is developing today.

More Japanese traditional works
Legend of the Aka Beko, Red Cow
History of Kokeshi Doll
Japanese Traditional Dyeing Technique “Shirushi Zome”
Yukata is the most casual Kimono
Warmly Designed Pottery, Mashiko Ware
Wind Chime is a Taste of Summer in Japan
The Daruma is a Japanese Lucky Mascot
The Beautiful and Strong Craft, Akita Cedar Pail & Barrel
The Chindonya is a Traditional Local Advertisement
The Furoshiki’s Value is Reappraised
The Bonsai is a Play of Imagination