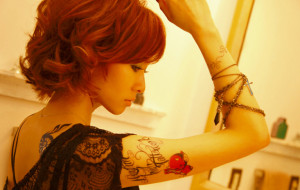 People removing a tattoo by a laser and excision increase in Japan. Specifically, mayor Hashimoto prohibited a tattoo to the Osaka city staff and became the topic. In recent years, the fashion tattoo is becoming popular with the young generation, but Japanese people still doesn’t accept it from their history and prejudice.

During the Edo period in Japan, the punishment in which a criminal is tattooed on the face or the arm as evidence of a criminal record. Most of members of the antisocial organisation including the Japanese gang has a tattoo. The image of tattoo is that the Yakuza’s symbol is still strong in Japan. 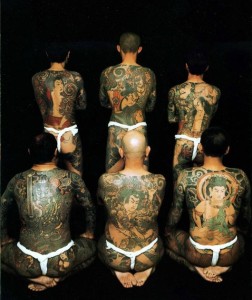 <Limitation and risk of living in Japanese society by having a tattoo.> Here is listing up risks and Japanese peoples’ comments as below .

1. Many pool, hot spring bath or sauna service would refuse people with tattoo.
“Because it is insanitary and gives people discomfort” by owner of the service.

2. The enrollment of the sports gym may be declined.
” I am a staff of a fitness gym. All people with tattoo, include a fashion tattoo, can’t be accepted at most of fitness gyms. Even if it’s covered and hidden, the person must resign when it’s found out. 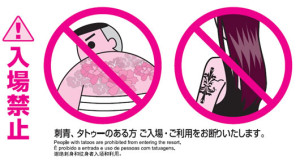 3. It may be opposed to the marriage by partner’s parents.
“My fiancé has tattoo. I talk to my parents that he has tattoo. After that, they immediately oppose our marriage.” 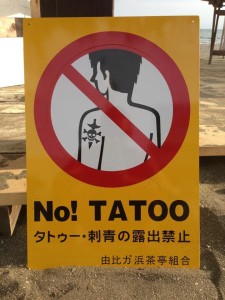 4. It’s hard to succeed at work place or difficult to find  jobs.
” “It is outrageous that a regular staff , who is working for the listed companies, have a tattoo. I am going to do punishment to you.” “that was said straight by my boss.”

5. It’s difficult to get a life insurance policy.
“when I find out that client has tattoo, I decline participation.This is because an illness risk is high epidemiologically.”

The Japanese society is strict with a tattoo!!