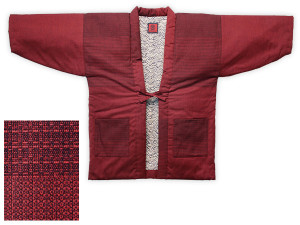 When I was a child, my mother presented me small, colourful and cute patterned Hanten, which is a matching Hanten with my sister. At that time, I honestly thought that why mum gave me so agly and daggy wear. However, it was so useful. After taking bath, it kept warm my body for long time and prevented getting sick in winter. I wore over a pajamas it, when I went to toilet in middle of cold night. when I studied for exam I was wearing Hanten . Sometimes I slept completely without study, because it’s so warm. 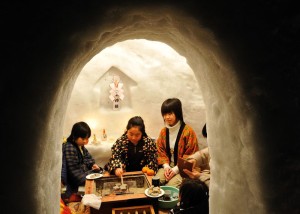 It’s really keeps warm, as cotton is inner of jacket. Because, slight moisture to be given by the human body and atmospheric water are kept to cotton fiber. It adds to warmth by body temperature.

If it seems volume down of the inner cotton , make dry in the sun. The cotton fiber which has finished lengthening shrinks by drying it and makes a layer of the air in cotton.  In this way, it revives plumply volume. It is same as futon. 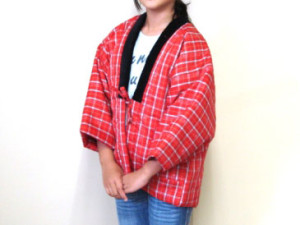 In recent years, the imported Hanten from China began to be popular, in same time, amount of the Hanten production decreased with the change of the life style of Japanese people from Japanese tradition to Western modernism. However, the demand increases a little by people who reviewed good quality. It becomes the number of the limited production by all means. Because a problem is hand-sewn work,  the worker is the lack of a needleworker and the successor.

Kurume, Chikugo district is very famous of the production, because the textile production can do all process, from cloth to a finished product, by themselves. It is superior than product of cheap mass production’s materials, quality, strength and texture markedly.
After all, the skill of the craftsman is great.