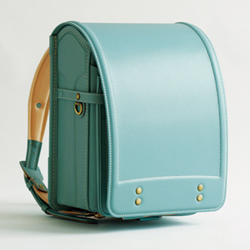 In Japan, entering to primary school is a big event for child. Relatives present to child, study desk, Randsel, schoolchild’s satchel, or stationary. I also had a Randsel when I was child. However, I never wondered why we should use this one. It’s good to research of root of the Randsel in this opportunity.

The history of Randsel is back to Edo era. The Western style of military uniform was launched end of Edo era. In those time, The backpack, that made by cloth, was imported and was supplyed for military use. This backpack was a origin of the Randsel in Japan. 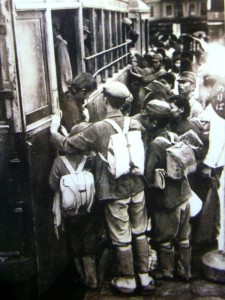 In 1885, it is the Meiji era, the Gakushuin school prohibited students coming to school by carriage or rickshaw. And the school decided a military rucksack was for carrying school things. Because this rucksack was called “Lancel” in Dutch, the word “Randsel, school child’s satchel” was born. That is still being continued even now.

In that time, the Randsel was similar to the present rucksack. When “Lancel” was adopted in an elementary school of Tokyo in 1887, it was the first time of using the present “Randsel”, which is almost same as present style.

At that time, a prime minister ordered the  “Lancel” for gift to emperor. It’s celebration of the his entering to 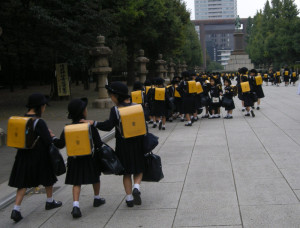 elementary school. After that, according to those reasons that the burden on child can be reduced and both hands are usable freely, it became popular widely as primary school bag. However, the Randsel was only for urban life style. Because most of students who lived country side used Furoshiki bag, Japanese wrapping cloth, instead of using Randsel. And schoolchild’s Randsel spread nationwide. After 30s of the Showa era, the schoolchild’s Randsel became indispensable to a Japanese primary schoolchild. 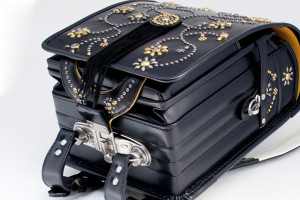 The school bag of similar type of Randsel is only used in a European part, even if looking around at the world. The Randsel as a Japanese school bag can be said to be a unique and specific bag in Japan.

One Response to "The Randsel Is a Unique Japanese School Bag"