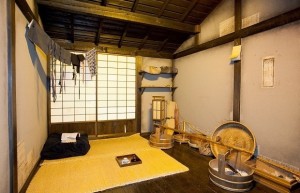 Generally, people start using a chest of drawers was end of Edo era to Meiji era. Until that time, people didn’t have any idea of having a furniture in Japan. People used only wicker trunks, furoshiki, closet. Not even there weren’t a room desk and a low table. Table and chest of drawers were from Western culture. Originally, Japanese people used Individual box containing personal tableware, when they eat meals. 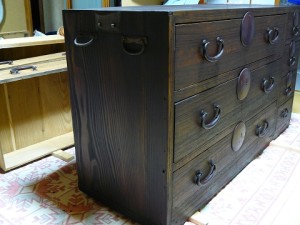 Then the first chest of drawers should be mobile and portable like a individual box or wicker trunk in Japan.The lightness and size to be able to carry it by a woman was the standard. And the side of the chest got Toride, handle, metal fittings for carrying around. The metal fittings put on the both side of chest to through a stick from right and left for carrying it on shoulder. Also the key of a chest drawer is for protection when moving around as well. 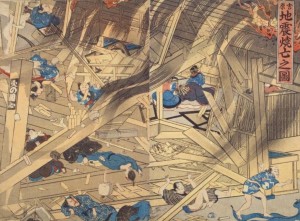 However, biggest reason is a custom of Japanese style living. The Japanese traditional house did not have a partition between bedroom and a living room, the clear separation of the rooms such as the  European and American house. In other words, a living room becomes the bedroom and becomes the lounge and may eat meals there. The chest of drawers had to be light in such a case.