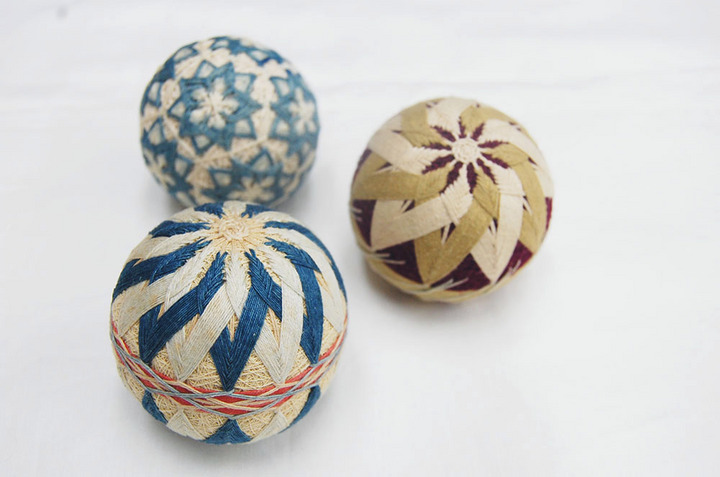 The Temari is a one of Japanese traditional toy. In the old days, it was a activity for children.  It’s a seasonal word for the New Year. In the beginning time, the Temari ball was made by winding thread part of a core.  At the end of the16th century, cotton was used to create a spherical object with higher elasticity. The size is bigger than soft ball and smaller than hand ball. 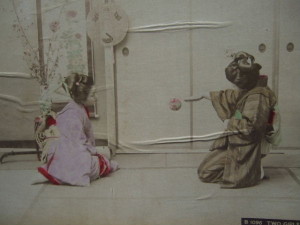 Ladies or girls played with it,  bouncing it on the ground outside. Sometimes playing inside, changing the style as the bending knee on the floor. Especially people like to play it New Year Holidays.

Since around the middle of the Meiji period, As rubber became cheaper and bouncy rubber ball became common play, The Temari came to be played all year around, not only during New Year Holidays. 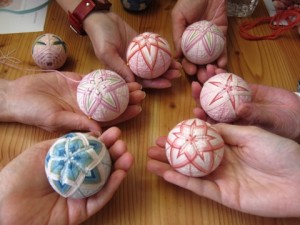 There are two types of  “Mari” in Japan. One is “Kemari” (type of football played by courtiers in ancient Japan) . This is made by sewing two pieces of buckskin together. It was a sports, which enjoyed by male aristocrats and sometimes performed as a Shinto ritual.

Other one is “Temari”, which was considered mainly play for girls, but sometimes boys played with girls during Edo era.

Recently it’s uncommon toy. It has become popular as decoration of traditional hand-craft.