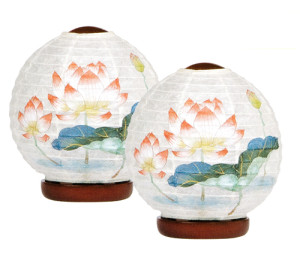 The history of lantern is old. People said the origin of lantern is from Muromachi era (1336–1573). The first time of lantern from China was like a basket lantern without hanging.

Lantern, which is possible to hang up, was started using end of Muromachi era. The old painting of that time shows a person held a lantern at a funeral procession, so it was used as a Buddhist altar fittings. 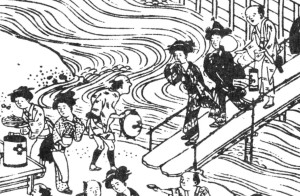 innovated as a portable light for using at battle field, wedding and festivals.

Moreover, the after middle of edo era, candle was possible to produce as mass production, general people started using the lantern. There were a variety kinds and types, which was permeated [has spread] through the nation. Manners and customs of using the lantern, for example memorial service of the 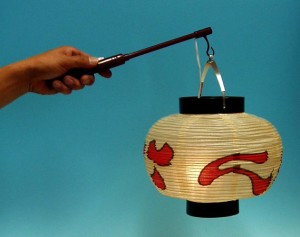 Bon festival, was spread at that time. Then, lantern was used as a flashlight , an indoor lighting or neon sign. So lantern was produced all over Japan.

People think that soul of their ancestors are coming back while Bon festival in Japan. Those soul come and go directed toward lantern light. So lighting lantern is very important tool while Bon festival. Those ideas come from Japanese ancient view on religions and view of life,  before Buddhism was spread in Japan. 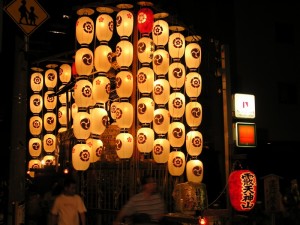 In the end, it was mixed with national custom and became the current style afterwards. The lantern isn’t to be able to lack at Bon festival in Japan. Because it fills the role of for welcoming ancestors, or for seeing them off.