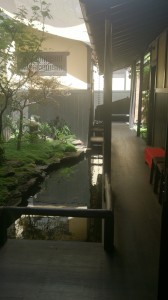 I never forgot Linda-san, who is GOJYUAN’s owner, to do for me. She is my saviour and benefactor.

I think she has duty and sentiment, 義理と人情. The Samurai had a kind of spirit. Even Japanese start forgetting the traditional philosophy as a Japanese in busy and modern society.

Last year, I had a plan to have charity exhibition for victim of earthquake in Fukushima. I really want to introduce to Australian people traditional craft from Fukushima.

However, I had had any experience and any connection with event and charity things. So I was so confusing and frustrating to go. 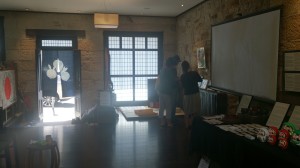 I asked friends to help me. Some friends were encouraging me, other were just disgusted with me. A friend was totally against my idea “ It would fail, because your plan doesn’t have any reality.” It was so sad to hear. Working is so hard, but saying is so easy whatever . 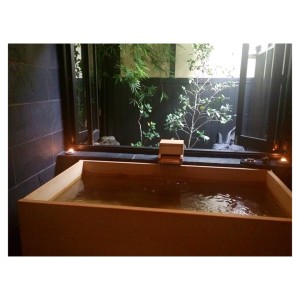 Sending  many e-mail to Japanese companies, which has potential sponsors to help my plan. However, nobody responded and no good news was coming at all.

It was really hard time for me but, my husband believed me and I believed myself too without reason. What I can do, I did my best to do. Keep continuing whatever until done all opportunity.

I just felt so tired almost giving up to
continue the plan. My friend suggested me to visit GOJYUAN, where is quality 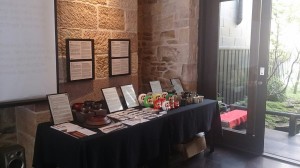 Japanese inn and having a variety Japanese craft work shop there.

At that time, my thought was so negative.” It might be same as other result.” I visited there without any expectation. Maybe, my chin was down, when I went to there. However thing was totally different. 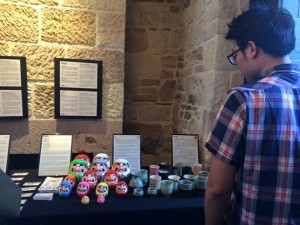 A Sunday morning, I knocked GOJYUAN’s door. I just wanted to say hello and asked about appointment time with her to talk about my plan.

She opened door and listened me carefully with smiling face. She asked me to come in and made Japanese tea. We had really nice conversation. 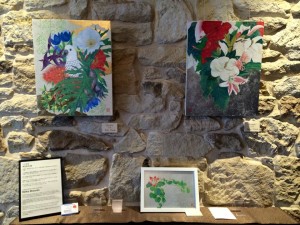 After listening my proposal and plan. She offered me to rent her place for 5 days free to have exhibition.  I asked many times “ Is it true? Is it OK?” She said “yes!”

Even she took me quick tour in GOJYUAN. She showed and explained each rooms. I was so impressed as inside of GOJYUAN is amazingly beautiful. 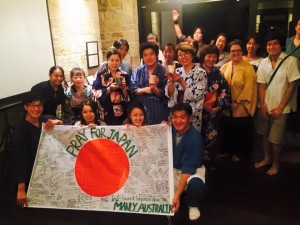 Moreover, she introduce me very important person, Yukiko-san, who is a head of organiser of the Rainbow Project. She organised charity event many times and has many idea, connection and skill of event. Finally she offered me to join their big charity event. So, she supported me and did many things together since then.

After meeting with Linda-san, my plan is turn to be success rapidly. Thinking about it. If I didn’t meet Linda-san, I could not achieve this beautiful event also would not meet great friends.

I promise with Linda-san that “ I will repay a your kindness” like a samurai.