Paper mache is a style of craft made by pasting layer after layer of paper onto a mould, removing the mould after the glue has dried and then applying paint to finish it. The special type of paper used is not very strong, however it has high absorption, allows forming curved surfaces easily, and its fibers permit the paper to be freely torn in any direction. 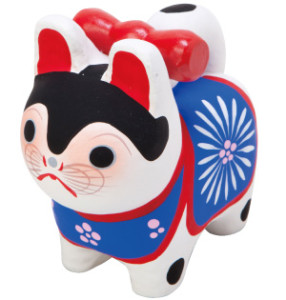 Paper mache toys have been made in Japan since ancient times, and it has been said that paper mache dogs and other items were already being made in the Muromachi period. Beginning in the Edo period, paper mache became one of the primary materials for toys. Nowadays, each part of the country has their own paper mache ornaments and toys, which reflect that region’s originality. These simple, yet deeply warm and tasteful products are produced and sold as souvenirs. 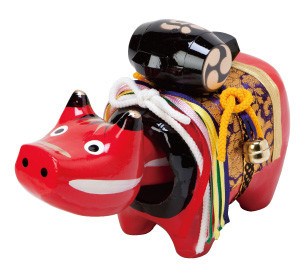